White
Sign In · Register
Home› Discussion› The Sims 4 Console Discussion
May 13th - It's time for our Friday Highlights! You can check them out here!

Praying The Sims 5 is not online... 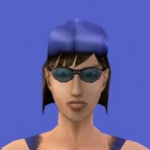 BettyNewbie1 Posts: 294 Member
April 2021 in The Sims 4 Console Discussion
PleasantSims on her video was talking about how The Sims 5 may be online. Online is where I give up, I don't want to pay for PS4 plus... They will be losing console players too much, not all players have much salary for that. I don't have much games, forgive my ignorance about online games if the system is different. It sounds bonkers to me, what are you simmer's opinions. Au revoir.
1