White
Sign In · Register
Home› Forum Ideas & Feedback
January 14th - It's time for our Friday Highlights! You can check them out here! 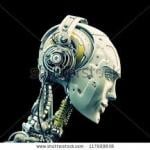 muzickmage Posts: 933 Member
May 2021 edited May 2021 in Forum Ideas & Feedback
There still seems to be a bit of a problem with people popping in and out of threads posting rude/insulting comments.... which the OP doesn't have any control over. The only option for an OP of any thread to fight against offensive comments is to click the "flag" icon and watch water boil while waiting for a moderator to finally show up.

As it stands, all we can do is ignore these people, which provides them free reign to do what they want without consequence, or push back with comments of our own... which derails the thread and chance having the thread closed by moderators.

There should at least be a "downvote" option attached to everyone's posts.....

..... So people could see by public opinion that their bahavior/comments isn't accepted. Even that could be abused as people use it to silently attack people's posts, but the word "silently" is the key. That option could be the push back without having to make comments in response.

IMO, the OP of a thread should have better options to protect their thread from rude or abusive comments. Thread starters should have the ability to block people from posting in their thread, and, most importantly, be given the ability to delete any posts he/she/they see as offensive, or off topic.... derailing.

Its frustrating to watch an OP have their thread derailed, and closed, to know fault of their own, and them not be able to do anything about it but just sit there and watch their thread get turned upside down by people who clearly have little respect for others.

IMO, there needs to be changes to the forum options to help us police our own threads.
Post edited by muzickmage on May 2021
18