White
Sign In · Register
Home› Feedback› The Sims 4 Game Feedback
The Sims 4 will be FREE to download across PC/Mac & Consoles on October 18! More info here: here
September 23rd- It's time for our Friday Highlights! You can check them out here!

Why is adding pronouns difficult?

mirta000 Posts: 2,974 Member
May 2021 edited May 2021 in The Sims 4 Game Feedback
Sorry guys, but I am worried that the longer The Sims 4 lives, the simpler the things that take a great deal of developer time become.

When the game just came out we were told that toddlers are something that is very hard to put in, because the way that a sim would animate while holding a toddler was causing issues.

I distinctly remember apartments being difficult too and them needing to figure out how to essentially make a lot of out of multiple other lots.

After that it was lounge chairs and bunk beds that were causing issues, because they needed to figure out how a sim would path-find to the top bunkbed.

Now I am hearing that adding extra pronouns is complex. Come on, guys, you should have an already existing system that calls a sim "he" or "she" depending on their sex, therefore it should just be disconnecting it from that system, adding more options and letting the player choose. It is just a text word. Please don't tell me that every message is pre-written and you guys need to pull up the correct message from thousands of messages? We have gone so minute that my fear is that the next thing that will become hard is balance.

"we can't take the trait from +3 to +2, because, as the game has gotten very large, this is a complex issue to consider".

If this is where we're going, you guys need a new base game ASAP. One that is well organized and easy to maintain. So that we're not in this kind of pickle 7 years from now on again. 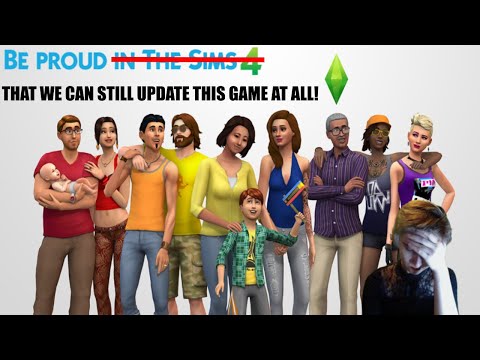 bizuktag wrote: »
From the tehnical side, it's not quick. Here's an example of a text string from the game, for one of the writer career levels:


You can see that the options were added in as "him" or "her", and the game is going to look for whether the sim is designated "M0" or "F0" in order to match which text should be displayed. It's like that all throughout the game, which has many thousands of text strings. The files aren't set up to use one variable for gender, it's got the pronouns hard-coded in. And with that many text strings, it's probably a long job to go adjust them.

There's also the question of what pronoun choices are appropriate for localized language translations. Based on the recent shrine controversy and the children-hating consent controversy, Maxis is probably being overly careful about including anything that could be offensive.

I think the guru talking about the issue said they're investigating the issue. Which probably means trying to determine whether a respectful solution exists, what resources (time and money) it requires to complete, and whether it's viable based on those elements.


Major OOF here. I swear pronouns were a thing in 2014. So were trans people. Why would you ever write it like that?!

It really really sounds like they need a new base game.
Post edited by mirta000 on May 2021
7