White
Sign In · Register
Home› The Sims Franchise Discussion
January 28th- It's time for our Friday Highlights! You can check them out here!
Life is a Carnaval: To read the latest patch notes, click here!

Sims - The Next Generation 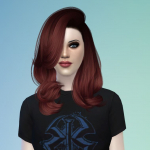 Randie_Reigns Posts: 50 Member
March 2021 in The Sims Franchise Discussion
Hi ya'll! I'm Randie Reigns and I am here to talk about the next version of the Sims - If we, the players, could design it!

I'm sure many of you have been watching, listening, and waiting. We're hungry for the next installment. We're guessing, wishing, hoping, and we're a little terrified.

Come on ya'll. We like Sims 4. (You just rolled your eyes. Didn't you? LOL) But hey, you can rant, you can complain, however how we really feel is based on numbers. It's not personal. It's business. You think so much about the latest game. I pay attention to the community. I watch the videos. I read your posts - yet you still buy every single pack. You're in love my friend. As long as you continue to open your wallet, no true change will come. The amount of content, the way the content feels unfinished, the glitches, they won't change much. ​If it works, don't change it. That's the real world guys. Plain and simple.

But this is not a complaining thread. It's not even a wishing thread. This is the life simulator we wish existed. Post a feature. Describe it. Post pics if you have them or make them and if you agree with the post, comment, like, and love it! Who knows, maybe our ideas will make it to reality.

Remember, be kind to each other. This is meant to be fun. If you don't like the idea, scroll on. Let's let everyone have their dream.