White
Sign In · Register
Home› Off Topic Chat
Sul sul! How many baes is too many? The answer is NONE! Join @kelseydangerous on her journey of love as she attempts to maintain 100 romantic relationships.
Follow along on her road to love here! 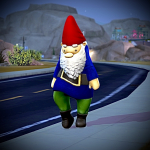 Pamtastic72 Posts: 4,083 Member
January 15 edited January 15 in Off Topic Chat
With the release of the Paranormal stuff pack I have seen people who have hinted at real life experiences with the paranormal. I thought it would be fun to share them if you want. Remember to keep your stories within forum rules, and be respectful of others.

I will go first. After my divorce my son and I moved in with my mom. She had a 1 1/2 story Craftsman Bungalow that had been built around 1912. I had lived in the house previously, we originally moved in when I was a Senior in high school, and never really experienced anything to indicate haunting. But, a few months after moving in I was in bed, my son had been in bed for awhile in the room next door in fact I could hear him breathing in his sleep in the dark and the quiet. When in the hallway, I saw what I thought was the shadow of a woman pass my door heading towards my son’s room. My mom had also gone to bed already in her room downstairs, and I hadn’t heard my mom on the stairs, they creaked like mad. The dogs hadn’t alerted they were sleeping in my room so I just chalked it up to being drowsy and seeing things. Until the next morning that is, when my son came and thanked me for pulling his covers back up over him, and I knew I hadn’t left my room all night, and my mom had answered no when I asked her if it was her I saw in the hallway.
Post edited by Pamtastic72 on January 15
Upgraded Vacuums Don’t Work Off The Grid AHQ Thread