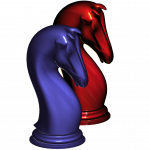 So, in The Sims 1, there was a cheat called Map_edit. This allowed users to customize 'valid tiles' (squares which objects can be placed on) and 'invalid tiles' (squares that are off limit to players) in a given current lot. Users would usually use this when they find that the lot they're playing is too small and want to have more available square-tiles to place their objects; or perhaps to construct a house/pool/garden on.

Is there an equivalent cheat in The Sims 4?