White
Sign In · Register
Home› Discussion› The Sims 4 General Discussion
July 27th - Bug Fixes! Catch up on the fixes with the latest patch click here
Sul sul Simmers! Join us for the Inside Maxis Livestream HERE today, August 3rd, @11 AM PT / 6 PM UTC! 🎉
July 30th - It's time for our Friday Highlights! You can check them out here!

Sims 4 has passed 30 million players across all platforms 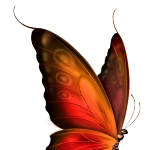 Mendota Posts: 748 Member
September 2020 in The Sims 4 General Discussion
Congrats to the Sims 4 team. This has been my favorite of the Sims games.
10