White
Sign In · Register
Home› Feedback› The Sims 4 Game Feedback
November 26th - It's time for our Friday Highlights! You can check them out here!

So is this officially the worst year for sims 4 ? 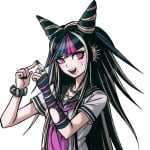 Horrorgirl6 Posts: 2,252 Member
September 2020 in The Sims 4 Game Feedback
I feel like this is the lowest year of the franchise as a whole.First it was Eco life mess, and now star wars mess.This point I'm numbed, and not excited for anything new.
23