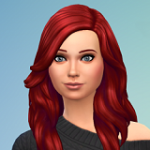 Sharonia Posts: 3,002 Member
September 10 in The Sims 3 General Discussion
Okay so I've been playing TS3 for a week or two now and I'm noticing a lack of autonomy with regards to sims interacting with each other. I have the settings with full autonomy on so it's not my settings. Is this just how it's meant to be in TS3? I didn't play the game much when it was the current sims game due to not having a powerful enough PC so I don't really have much experience with it.

I'm playing a small family. Both parents will autonomously take care of their toddler but when it comes to interacting with each other there doesn't seem to be much of it at all. They always choose to do other things when I leave them to their own devices such as painting, playing on the computer, watching tv.

I've been playing TS4 for a while and the sims are always interacting with each other. I kind of miss it when I play TS3. Is this normal or is something weird with my game?
0