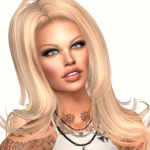 Chicklet453681 Posts: 1,860 Member
September 2020 in The Sims Franchise Discussion
I used to be really pumped and excited and looking soooo forward to Sims 5.