When are the bugs going to be fixed? 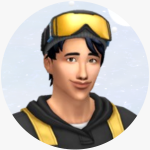 Onverser Posts: 1,379 Member
September 3 edited September 9 in The Sims 4 Game Feedback
Yet another patch has come and gone, and the bugs players have been complaining about since Eco Lifestyle's release have been ignored yet again. It's been 3 months now, 5 patches yet some of the biggest bugs have been completely ignored and remain unfixed whilst the devs are hard at work fixing a bloody sprinkler!

This is not an issue people care about, at all. Why are these random little things being given priority over actual bugs which have been breaking players games for months? It's ridiculous at this point.

3 months on from Eco Lifestyle and the NAPs are still broken and acting up constantly, sims are still playing with clay every second of the day, baking 500 white cakes and playing with the future cube. It's especially ridiculous since these things have been fixed by modders months ago yet there is still no official fix.

Gardening is still broken despite huge numbers of people complaining about it and players are still getting locked out of townie houses every time they edit them. It's a joke at this point. And this is coming from someone who's defended the devs in the past, it's not good enough. Modders have been able to fix these issues within weeks so there's absolutely no excuse at this point for how long it's taking. What is the point of having an Answers HQ if the bugs posted on there are not listened to? They need to do better because this isn't good enough.
Post edited by EA_Rtas on September 9