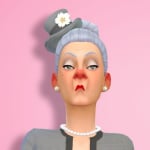 Karon Posts: 2,332 Member
August 2020 edited August 2020 in Community Stuff Pack Project 2
I know most people here on the forums don't like the CVSP, but it's sure something popular on the community as a whole be in social media or people that don't actually talk much about the game. I love the interaction, I love the voting and I love the results. Laundry Day and Nifty Knitting are on my top 5 of most beloved stuff packs of all iterations, and I think that the community would win if we had one CVSP each year, with another one with the full control/desire of the dev team.
Thus, would be very interesting if they started a new CVSP this semester. Would you like another one? If yes, which themes/features would you want to be included that weren't included in the previous ones?
Here's a list of both SP ideas, choose something outside this list:
6