White
Sign In · Register
Home› Discussion› The Sims Spark'd
May 28 - It's time for our Friday Highlights! You can check them out here!
Sul sul Simmers! Join us for the #DreamHomeDecorator Livestream HERE today, May 25, @11 AM PT / 6 PM UTC! 🎉
May 27: Today is patch day! 😃 To read the patch notes, click here! 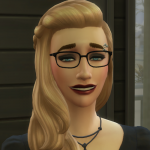 Ravenna Posts: 57 Member
July 2020 edited July 2020 in The Sims Spark'd
This forum seems to be in topics of both arenas: The show, and the added gallery function, so I guess I'll talk about both.

This is awesome, something completely new, and built-in challenges that all players can take part in. I see nothing but positives here (aside from the fact that the Spark'd gallery is filled with people completely ignoring rules lol)

I feel like the show is pretty cool, and it gives me yet another Sims-something to watch on Youtube while I'm playing Sims 4, or I dunno, eating food lol But, and I can't believe I haven't seen it really mentioned here

The judges on Spark'd were really, really harsh in that first episode. Like this hasn't been done before, and these people are used to streaming in front of a camera. On top of that, pretty much every single Sims player has some kind of anxiety, so I know for a fact a lot of these people were doing something they might never have done, ever, in their entire lives, without the incentive of one hundred thousand dollars.

I also feel like the judges, or whoever set this up, doesn't understand how long these individual tasks actually take, and booting people off the show for having an unfinished video? I see no fault on their part. 5 hours is not enough time for 3 strangers to cobble together something that takes an entire day, or sometimes two days. You guys are almost asking the impossible, but that's not my biggest issue.

Either way, this is a bad thing. You take the chance of ruining people's streaming/youtube careers over drama that was contrived, or completely fabricated. This isn't what Sims stands for, and I don't think this kind of production should continue, period.
I'm Meryl, and I go by Merrill on Twitch, and also I make retrowave when I'm not in The Sims. Check out my stuff on the Sims 4 gallery under the ID 'RavennaSanguine'