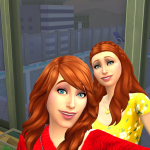 Lucy_Henley Posts: 925 Member
May 2020 in The Sims 2
Last time I played Sims 2, I was playing with a couple. I got the gardening club to come over. Not long after they arrived, however, I got the "application has crashed" message. When I google this problem, most people have had it with Ultimate Collection, which I don't have. I found a Sims2Exception file in Logs, and the code thing says ACCESS VIOLATION. I don't have any idea what it's referring to!
Sims 3 Families: Fairy Friends, Jenningses, Delaunays
Sims 4 Families: Fosters/Matsumotos/van Beerses, Harper-Joneses/Bridges, Mastersons