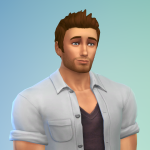 lexus20 Posts: 1,284 Member
April 2020 edited April 2020 in Community Stuff Pack Project 2
I was wondering if the poll results will be different for each language or not? Because, for example, my language is Portuguese and I really liked the English title "Cozy Knits Stuff Pack" (fifth option), but I really dislike the fifth Portuguese option (which translates to "Cute Knitting Pack Stuff Pack"), so I was wondering: if "Cozy Knits SP" wins, for example, does that mean that "Cute Knitting Pack SP" also wins in the Portuguese version, because it's the fifth option? Or will the winners be separate in each language? I really wanted to vote for "Cozy Knits" but I'm not sure now because I really dislike the fifth Portuguese option.
My CC tumblr: TheSimmer40
2