White
Sign In · Register
Home› The Sims 4 Modding & Custom Content› Gameplay Mods
January 15 - Is everyone ready for the Friday Highlights? Check them out here.
Welcome to all new Simmers joining us over the holiday season! 🎉 Have fun on the forum and please make sure you check out the forum rules and
the rules about necroposting.
December 22 - It's the time of year again: Join the 12 Days of Simsmas! 🎄 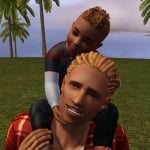 AJbackst Posts: 146 Member
April 2020 in Gameplay Mods
Do you think anyone could or would be willing to make a mod to overhaul the video gaming system? What I'd be interested in is different consoles that come with different games (like in real life how Nintendo has exclusives, PC has exclusives, PS4, etc) and having consoles not come with ALL games. I know technically you have to unlock some with skill increases, but I'd rather have to buy them and I'd love a system where you could buy video games as gifts. It'd also be really cool if there was separate skill building for games (for instance one video game would build RPG skill, one could build MMO skill, one could build FPS skill, etc and some could be casual like games like Sims and Animal Crossing) because just because you play video games, doesn't mean you're good at them all, right? IDK if this is a hopeless cause or something anyone else is interested in, but ugh. I think it'd be really cool and give more options for my Sims for gifts and stuff!

I feel the gift department SEVERELY lacking so if there's any mods for additional gifts, I'd love that too.
1