White
Sign In · Register
Home› Discussion› The Sims 4 Packs Discussion
May 28 - It's time for our Friday Highlights! You can check them out here!
Sul sul Simmers! Join us for the #DreamHomeDecorator Livestream HERE today, May 25, @11 AM PT / 6 PM UTC! 🎉
May 27: Today is patch day! 😃 To read the patch notes, click here!

Your favorite and least favorite things about Discover University? 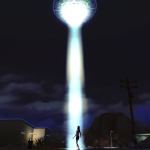 SimsQueer Posts: 85 Member
March 2020 in The Sims 4 Packs Discussion
I know it's a pack everyone wanted for a long, long while. I still haven't bought it, however, cause I don't know if it's worth it. I'm kind of intrigued by the robots and having roommates.
The only expansion packs that I don't have are Discover University and Cats & Dogs.
Also, someone tell me, what interactions can you have with the robots? Simbots and Plumbots were one of the best things about Sims 3, hands down.
My YouTube channel: Nate Kauko
0