This silent treatment is the worst

So this silence and no communication from Maxis is 🤔🤔🤔🤔 me off.
I watched Deligracys Video about the survey that came in January and at the end she made a really good point about making sure to keep the players interested now, since this game is out since 5years+ 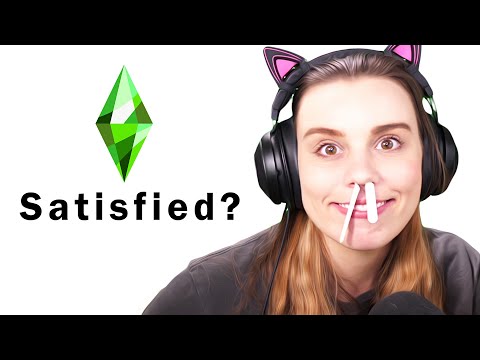 I think Maxis does a bad job at it.
We have a Maxis not so monthly... I mean they only use it when there is a bigger update now, which is a good thing, but still

Okay people would say... just play the game... a new stuff pack came out in January so whats the problem?
Well i played the game i did my thing and now its boring again. See Sims4 content gets boring a lot more faster then you think and i am not in the minority here.

Maxis still has to play catch up. After 5 years basic things are missing... I dont even wanna always compare it to the 3 or 2...
I dont mean DLC themes that they could cover.
I talk about basic things that should be there in a LIFEsimulation Game. #No Firefighter when your House burns down?!

I might be
impatience but it takes them too long to add features... why is it that you can not add a monthly patch Update... so we could have a Maxis monthly... like what are they doing... Maxis has two mobile Games and one game on differente plattforms... I mean these things take work too, but I dont know... its been 5years...

So the Team comes all suprisingly, drops the bomb and goes hiding in theyre cabin... They hide from the storm, that is called feedback, till the last rain drops are down. There are rarely any statements just nothing really.
(20th anniversary suprise)

They can not talk about what they are currently working. They (most of the time) can not share what will happen in this year... So it feels like we have no say in the game that we pay for, and play. (Minus the community stuff project)


I wonder... where are the results of the community survey? Why dont they talk about it in the Maxis Monthly Stream. Share some more behind the scenes? I would watch that- And why is it that there is no February community survey... they used to do that every month?

I know they work, but i am just wondering, what are they doing and why do we have to beg for cars after 5years? Where is the honesty? Because it just feels like they are selling hope. Because who knows if cars ever be a thing right?