White
Sign In · Register
Home› The Sims Franchise Discussion
It's Patch Day! Today we release our latest update which adds Customizable Pronouns to The Sims 4, click here to read the patch notes.
May 20th - It's time for our Friday Highlights! You can check them out here! 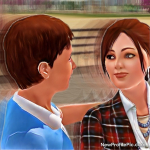