White
Sign In · Register
Home› Feedback› The Sims 4 Game Feedback
July 20th: The latest patch is live! To read the patch notes, click here
July 23rd- It's time for our Friday Highlights! You can check them out here! 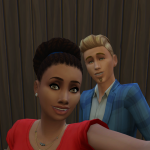 aujineh Posts: 402 Member
January 2020 in The Sims 4 Game Feedback
Now I bought realm of magic (because I must have everything for the game) but I am a bit uncomfortable with the familiar just because of the name. I wish the name could be changed to something less dark. I mean there is such a thing as a familiar spirit in real life so if the name of that little pet like thing could just be changed I would feel more comfortable playing with it.
0