Plum It, Let's do our own 20th anniversary thing 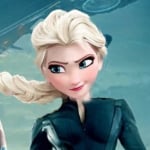 CaptainElsa Posts: 226 Member
February 5 in The Sims 4 General Discussion
We're Simmers. We're the most creative gamers out there period. If EA isn't rolling out the red carpet surely we can put our collective heads together and do our own thing.

Suggestions off the simplest top of my head:
1: A special challenge (maybe based on the Sims 1?)
2: A Twitter or Forum party when we're all online at the same time and place.
3: A collective, play-along live stream.

Again, those are just spit-ball ideas. But I'm sure we can think of something.
21