The Sims Multiplayer: Should we be worried? 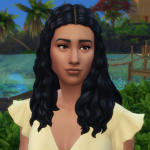 Hestia Posts: 1,997 Member
February 2 edited February 2 in The Sims 4 Speculation and Rumor
Lately, a news article surfaced from the Sims Community fansite speculating that there might be a possibility of having a multiplayer game for the next sequel of the franchise. The article is short on concrete evidence and with enough critical thinking, it is not short on clickbait. Whilst Andrew Wilson (EA CEO) did answer questions in regards to The Sims franchise, this doesn't necessarily mean that what he said fully explained the future of the game.

Andrew Wilson's statement:
"Great question on The Sims! The Sims will be 20 next week. That Maxis team and the team that’s been a part of Maxis over the years continue to deliver unbelievably innovative and creative content for a constantly growing Sims community globally. As we think about The Sims – again, I reference the motivations of why we play the games – inspiration, escape, social interaction, creation, self-improvement, competition. Typically what The Sims has done is really focus on fulfilling the motivations and inspiration, escape, creation, self-improvement and not necessarily focus as much as on social interaction and competition.

But a few things are in fact true over the years. One is that the Sims community continues to grow and with the broad of social platforms continue to connect with each other and share what they do – in and around the game they play. And we’ve seen that manifest in The Sims Online which was a more social experience for us. And we’re also seeing that the competitive nature of The Sims is also rising and we’re seeing people compare and contrast. Not competition in an original sports sense but how they create and what they create and how they use their imaginations and what they’re able to build inside of these Sims universes.

As Maxis continues to think about The Sims for a new generation – cross-platforms and a cloud of a neighborhood world, you should imagine while we will always stay true to our inspiration, escape, creation, self-improvement, motivations – that this notion of social interactions and competition like the kind of things that were actually present in The Sims Online many many years ago – that they will start to become a part of The Sims experience in the years to come.

We are very excited. This is a game that really doesn’t have any competition in its category for delivering and fulfilling these motivations for players and we think of the tremendous growth opportunities for us for many many years to come."

The first two paragraphs were lengthy explanations about the entirety of the franchise and a filler per se so that this section of the interview seemed long. It is a PR tactic and commonly used with anyone who is most likely under some form of confidentiality contract OR they simply are not fully sure on the project and they would not like to speak wrongly on behalf.
"this notion of social interactions and competition like the kind of things that were actually present in The Sims Online many many years ago – that they will start to become a part of The Sims experience in the years to come."

This is the crucial part of the interview that raised many eyebrows and speculations about an online/multiplayer version of The Sims. It is cited in an article that The Sims Online and its “successors” (SimCity Social & The Sims Social) shut down due to how low the player base was. Would EA Games make the same mistake and go down that path again with a possibility of the online multiplayer resource to be left unused by the community? Well, it depends.

For the past several years, EA Games have attempted to push out games in the sense that they will be a success because they are multiplayer AND EA Games made a statement that Single Player games are obsolete. Unfortunately for the company, this was proven wrong multiple times by consistent failure in sales and popularity of their current generation multiplayer games: Anthem, Star Wars: Battlefront 1 & 2, and Battlefield V.

Should the possibility of a multiplayer Sims game in the future be of concern? Maybe, but not as much as it should be.
As Maxis continues to think about The Sims for a new generation – cross-platforms and a cloud of a neighborhood world

The cross-platform reference could be related to how the gallery works between consoles and PCs now. Furthermore, the "cloud", which is most likely related to the gallery. They might have the future Sims to be cross-platform, to begin with. Seeing as how closely related the console x PC version of The Sims 4 is. Although, if that is the case... I have my own personal doubts on how well the future of The Sims will be if it will become a "true cross-platform" game (possibly playing wherever you want or no matter what device you have), which I will save for another thread in the future. My concerns are not about an always-online game, but the limitations and gameplay potential on a fully-fledged PC version vs a console version of The Sims. 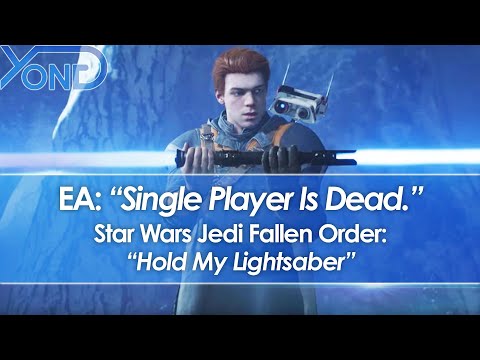