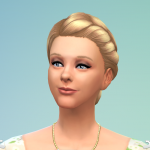 Wow, it's been literally 3 years since I was on the forums, no lie. I've just been getting back into The Sims 4 over the past few days, and I have a serious question for you all...

Does it bother anyone else that we still don't have real teenagers?

When the game shipped without toddlers, the community rightfully raised all hell. We got toddlers, eventually, and I would call them the BEST toddlers of any Sims game thus far - and I say that as an avid Sims 2 player. The Sims 2 is still my preferred game, but when I play it, I miss the TS4 toddlers.

So I'm going to put myself out there and say that the game didn't just ship without toddlers. It also shipped without real teenagers.

And it really, really bothers me any time I play the game. Does anyone else have this issue? They aren't teenagers! I feel like I'm literally playing the same lifestage three times in a row - teen, young adult, adult.

I'd personally like to see a COMPLETE revamp of the lifestage, with shorter teens, new animations and interactions, and new gameplay opportunities. I'd like to see my teenagers searching for their important "firsts" and developing that attraction system that we need, having their first pimples, developing stronger interests and tastes, acting out and wanting to find out who they are, trying "juice" for the first time... I'd like them to have different clothes and styles, to be able to argue and fight with their parents...

What are your ideas?
I play The Sims on YouTube: https://www.youtube.com/channel/UCeoTreqvisbO8MepZLrkUSw
23