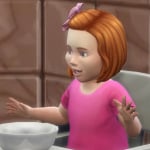 Maggiedoll Posts: 241 Member
January 16 edited January 16 in The Sims 4 General Discussion
It's telling me that I must update at exactly 9 PM EST? I'll be locked out as of then, but can't update it an hour earlier?

There are plenty of "must update by.." software updates.. but does anybody have any idea what it even means to have an exact time like that? Restatging now apparently doesn't help. It has to be... 9pm EST. Exactly?
0