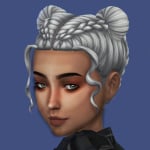 AquaGamer1212 Posts: 4,982 Member
January 9 edited January 14 in General Mods Discussion
I don’t know if there’s a “ask for a mod” thread but in case there isn’t.

Is there anyone here with the skills to mod the Island Living ladder so we can place it elsewhere besides foundations? I think it would be a cool way to make lofts especially with the upcoming Tiny Living stuff pack.
Post edited by AquaGamer1212 on January 14