White
Sign In · Register
Home› The Sims 4 Modding & Custom Content› Tutorials and Tools for Mods & CC
Sul sul Simmers! For 24 hours, starting on 6AM PT today, May 6th, you can share what's on your mind in the Sims 411 Feedback thread for the next Inside Maxis livestream. 😃
April 30 - It's time for our Friday Highlights! You can check them out here!

Fritti Posts: 203 Member
February 2019 in Tutorials and Tools for Mods & CC
Zerbu's Mod Constructor V4 is a powerful tool for Sims 4 that can be used to create custom traits for Sims in CAS, lot traits, aspirations and more. In this video tutorial, I'll be walking you through very basic trait creation for Sims (or cats, or dogs - you have the power!) with step-by-step instructions: 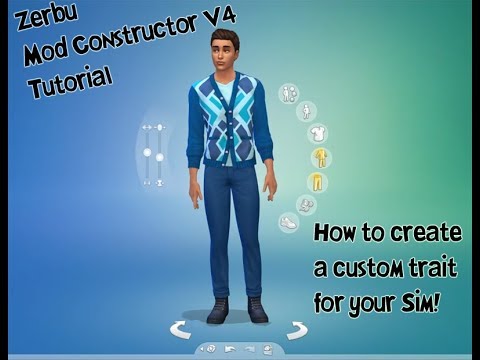 All credit goes to Zerbu for creating the tool. It can be downloaded here: https://zerbu.tumblr.com/post/181782526135/the-sims-4-mod-constructor-v4

Advanced MC4 questions should be routed through Zerbu's Discord in the mod-support channel.
3