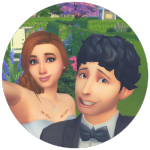 I’m playing through DU right now but turned aging off for a bit because I was worried uni would take over much of my Sim’s YA years...however, looking as she’ll be getting a level 8 career if she graduates in her distinguished degree with honors, I might consider turning it back on.

How about you guys? Do you turn off aging when your sims are at uni?