White
Sign In · Register
Home › The Sims: Legacy Titles › The Sims 3 › The Sims 3 General Discussion
January 17 - Ready for a -not tiny- livestream? Click here!
January 16 - Patch day for The Sims 4! Find the patch notes for PC/Mac here, and here for console (someone said Gallery?)
January 14 - Take our newest survey and make your voice heard on the future of The Sims 4! Details here, and a discussion space here! 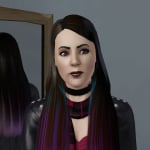 AbellaKellaher Posts: 822 Member
August 2019 in The Sims 3 General Discussion
So I'm considering playing around with CAW and I was wondering what people are happiest with. Do you prefer small, medium, large, flat, mountains and beach, river, isle, completely populated, somewhat populated, completely empty, A, B, and C expansions, themed, etc.