White
Sign In · Register
Home › Feedback › The Sims 4 Game Feedback
February 21 - Everyone ready for the Friday Highlight? It's ready for you here!
February 14 - 3rd vote results for the Community Stuff Pack are ready!

Is it just me? (Longtime Simmer and Bored) 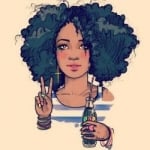 alexandrea Posts: 2,362 Member
August 2019 edited August 2019 in The Sims 4 Game Feedback
I really wasn't sure where to post this but since this section is about game feedback I figured I would post it here. Let me start by prefacing that this is not an Anti-Sims4 thread or a Sims4 bashing thread. I just really need to vent I guess.

So, to start out I've been playing The Sims since I was around 7 years old. I remember watching my sister play it and I was soooo intrigued. I begged my mom for my first Sims game and then it started.... I played a few of TS1 games, followed that up with the entire TS2 series, and the entire TS3 series. There were days where I would stay up until 2am playing the game because I was just so friggin enraptured by the game. Now it's been.. what? 14 years.... I'm 21 now and the feeling is just not the same anymore. I've tried and tried to play TS4 and honestly I still do load up the game when a new pack comes out but I'm just so bored. Even the sheer mention of a new pack doesn't excite me or spark my interest. I watch the trailers and I'm like: "Okay, I guess that's it."

Maybe it's me... Maybe I'm too "old" now, but I'd much rather be with my friends or pursue my other hobbies instead of playing The Sims. Maybe I need a fun challenge to do.... Idk. I tried to do a challenge last time but I was just so bored I couldn't even finish it. Is it just me? It really makes me sad to feel this way. I love The Sims, I really do, but it just doesn't do it for me anymore. I find myself getting frustrated when I play it rather than entertained. I was thinking about skipping the rest of this iteration and waiting for TS5.... if that even interests me.

Anybody know of ways to spark up that interest again?