White
Sign In · Register
Home› Discussion› The Sims 4 General Discussion
December 2nd- It's time for our Friday Highlights! You can check them out here! 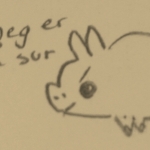 On the list of scrapped movies, one title stood out to me:

For now, that's all the info there is on this movie. While some of the movies on this LONG list probably will "survive"-
it is unknown for now if this one will. How do you think a The Sims movie would work?
( A Sims movie was confirmed in 2007 - so this might be that very same movie)
Post edited by Andremi on August 2019
1