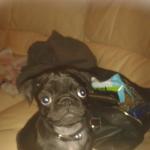 Stefxxc Posts: 53 Member
July 2019 in The Sims 4 Game Feedback
I would really like to see memories brought back. I used to love that in ts2 and think it added more of a personal touch to my sims I used to love looking back on them. In ts4 I feel i have little connection to my creations theres nothing but stats to look back on which are basically just numbers. I love the new story mode in create a sim but still feel its somewhat lacking in adding a personal touch like a background story ect what ever you experience with your sims is just in your memory why cant they have a memory to and occasionally reflect on them, like missing a former flame, or think of a lost loved one from time to time instead of like a 3 day moodlet and that's it forever I would really like to see some improvement in this aspect
13