White
Sign In · Register
Home› Feedback› The Sims 4 Ideas Corner
Sul sul Simmers! Find out more about The Sims 4 Kits HERE and tune into our Twitch live stream today, March 2nd, @11 AM PT / 7 PM UTC! 🎉
Feburary 25: Today is patch day! 😃 To read the patch notes, click here!
March 5 - Is everyone ready for the Friday Highlights? Check them out here.
Welcome to all NEW SIMMERS joining us on the Sims forum! 🎉 Have fun on the forum and please make sure you check out the forum rules and
the rules about necroposting. 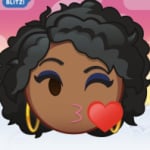 LSM36 Posts: 292 Member
July 2019 in The Sims 4 Ideas Corner
So, I was reading this awesome post about someone's CC 1800s Irish farming "world". And it gave me soo many ideas. My brain is whirring with ideas. I can't hold back. So I want to know what other people are thinking about. What they'd do if they had the chance. Or what game mechanics they think would enable this creativity. 😁

(My threads are posted below, to show you what I'm thinking of:)

LSM36 wrote: »
I LOVE this. If I could have historical worlds in game for real, I'd be ecstatic.
1.Victorian times
2. Steampunk Fantasy world (not be confused with regular Victorian times)
3. A Celtic pack
4. Medieval British Isles
5. 1920s
6. 1930s
Like themed worlds with special interactions of their own.

And the ability to Create A World with certain aspects. Like:
1. Empty worlds like Newcrest, that go similarly to the worlds we have now.
2. And then empty vacation worlds, where we set the theme.
A. We choose what the seasons look like. Whether it's winter-like all the time. Or if they have noticeable cycles. Or are like Sulani, with 4 seasons, but a tropical clime.
B. We can create resorts. But also have vacation homes for sims to own. And timeshare like resort/apartments. Sims would own them, but rather than having a bunch of land, you have just a floor, or apartment that you own. Like a vacation condo.
C. You can set the culture of that world like it's a club. You'd take activities and beliefs that are in the sims, choose or randomize them. And then any locals would follow those customs. And that would be something visitors can learn about.
3. And worlds we get as a blank slate. With a limit of how many plots we can put down. Like 25 plots.
A. They'd have the same choices as vacation worlds. But you could choose whether they are urban, suburban, country, isolated, or islands.
B. You could make schools, or let sims go to rabbit holes. Same for all GTW careers.
C. If we get an education pack, you could make University Worlds. Or simply have a section of the world set as a university town.
4. Farming worlds could have large plots. Or you could have a semi rabbit hole thing. Like the plot might only look yey big when in manage world, but when you click in, they are basically unlimited. Or have farms count as worlds of their own, in a way.
5. And have greengrocers. And Community gardens, farms, and greenhouses.

Yup I got carried away. This post inspired me.

Arzekial wrote: »
@LSM36 That would be really cool. It would be nice if we could then go to the gallery and download an entire custom world.


Yeah. People doing let's plays, or those who just play with stories in mind, could have tailor made worlds that fit their goals. Rather than having lots that are tricked out as cities. But can still only hold 8 sims.

You could make Villages 😯!
Or hamlets. Towns vs cities.
Small towns, with the close knit community, that have all the resources of a city. Just in a more relaxed setting. Oh my brain is tingling.

https://forums.thesims.com/en_US/discussion/953652/what-we-want-to-see-in-2019/p1 )
Check out my posts in the Ideas corner, and see the Simsverse living inside my head.