White
Sign In · Register
Home› Feedback› The Sims 4 Game Feedback
May 28 - It's time for our Friday Highlights! You can check them out here!
Sul sul Simmers! Join us for the #DreamHomeDecorator Livestream HERE today, May 25, @11 AM PT / 6 PM UTC! 🎉
May 27: Today is patch day! 😃 To read the patch notes, click here! 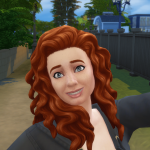 simmer_jay Posts: 2,328 Member
June 2019 in The Sims 4 Game Feedback
I want to start this with saying that I haven't purchased the pack yet, so my perspective is only from seeing trailers and watching LPs and reviews on YouTube. With that said, I am getting the impression that some are feeling this pack is slightly lacking in replayability. It seems to be one of those "complete and move on" type of packs, similar to strangerville. So I was thinking of giving some feedback/ideas for future content via feedback on the conception of this pack.

What I think should have happened is Island Living should have not included mermaids. Rather, the gameplay feature should have been about living on an island and included things like resorts, hotels, tropical vacation type things. Building and running your own resort would naturally have way more replayability to it. Similar to restaurants, resorts could have had themes, lot traits etc. The tools are there already, so I'm not sure why they didn't choose this path for development.

So what about mermaids? I know a lot of people requested them, but it doesn't seem like they got the treatment they deserved like vampires did. I was assuming that with the introduction of the occult system with vampires they would use that as a base and flush out several other occults, including mermaids.

Both of those packs (Dine Out and Vampires) have the ability to be played with many times over. Don't get me wrong, I love what they did include (conservation, island culture, DOLPHINS) and from what I've heard/seen, it is a truly stunning world. But I get the sense that the "sandbox" type of play has been lost a bit.