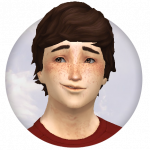 Tinf0iI Posts: 114 Member
June 2019 in General Mods Discussion
Is there any mod that removes the new pride items or reskins them? This isn't meant to be offensive, it just makes me uncomfortable to have them in my game. I have no idea how to make mods, so there's no use suggesting I make my own. :P
While I'm at it, is there also a mod to remove gender customization?