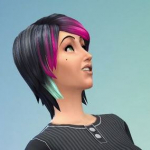 This topic is for collecting reports on mod and CC status after the June 2019 Island Living patch and with the Island Living EP. Please keep discussion to reports. Thanks!

NOTE: Mods that breaks the T game rating cannot be discussed in these official forums and will not be included in the lists in this topic. Please do not ask about or report on any of them here — it’s against forum rules. There are other places on the internet where things like that can be discussed.

ALSO: Why is there a post for mods reported fine by the modder not by players? Because a mod that seems to be working for you might still be broken in a way you haven’t yet seen.

A Note for New Players
It’s a normal thing that a lot of mods and custom content (CC) “break” at patch time, especially patches before new packs, especially especially patches before EPs. This is because some game code that they “speak” with has been changes, so the mod/CC code also needs to be changed.
Here’s what you need to know:
CC and the Suntan/Sunburn System
Based on what we’ve been told about how the system will work with assets, we expect that a lot of CC will actually be fine and will work with tanning/burning. Some CC may need alpha channel updates to work with tanning/burning but is expected to not break otherwise. Of course, there are always exception!
For more info about CC and the suntan/sunburn system, see @SimGuruMorgan’s topic Updating CC to Support Tan Lines in Island Living

Index
A Personal Note
I’ll be visiting my parents on the Saturday & Sunday after the pack launches, but I’ll steal borrow a computer and try to keep up on mod issues. Updated! This thread will not be updated by me on Saturday the 22nd. Have to go rescue an aching, unable-to-drive husband from across the province and drive the car home. I'll let you all know when I'm back if I'll be able to update Sunday, because this will shift that day's plans too.