White
Sign In · Register
Home› The Sims Medieval
January 14th - It's time for our Friday Highlights! You can check them out here! 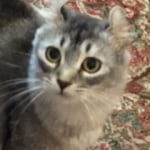 I don't know if I can do this, but I bought Sims Medieval when it came out, but I never (I don't think) added it to my account. I have the game disk and box and code. I was trying to put it on Origin so I could play on my laptop that does not have a disk drive.

When I put the code in Origin it recognized it as Medieval but said I couldn't install there and sent me to my Sims 3 profile.

I tried to put the code in the sims 3 registration box, but there are more numbers/letters than there are slots for it.

Is there any way I can add my old Medieval game to my Origin account so I can play it on my laptop?

Thanks in advance for any help!
Check out my cooking Youtube channel: Living with Leigh
0