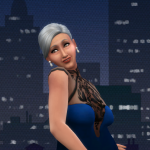 Daephene Posts: 700 Member
April 2019 in The Sims 4 Packs Discussion
I'm usually the type to control the sim children rather than having the parents direct them. But I'm curious about a couple of the aspects of the Parenthood pack and none of the guides seem to directly address them.

First, do the different types of discipline get different results? Is there a point to grounding rather than just talking to the child/teen? I keep seeing descriptions of what your options are, but not why you would pick different options besides personal preference.

And second, can the parents encourage bad behavior, to help achieve the negative character values?