White
Sign In · Register
Home› Discussion› The Sims 4 Packs Discussion
Sul sul Simmers! For 24 hours, starting on 6AM PT today, May 6th, you can share what's on your mind in the Sims 411 Feedback thread for the next Inside Maxis livestream. 😃
April 30 - It's time for our Friday Highlights! You can check them out here! 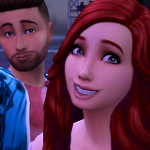 Sharonia Posts: 3,880 Member
April 2019 in The Sims 4 Packs Discussion
How do you play vampires?

I'm playing my first one and I'm really enjoying the whole rank system and learning how they work but I don't really know what I'm doing. In my mind logic tells me that vampires don't have babies but at the same time I have no idea how to progress the family without them having babies at some point and what happens if they do have vampire babies? Isn't it weird that they just age up and become the same age as their parents?

I know I'm over thinking things and shouldn't take it so serious. I'm just curious to know how others play with vampires.

I appreciate any replies.
3