White
Sign In · Register
Home › The Sims 2
February 21 - Everyone ready for the Friday Highlight? It's ready for you here!
February 14 - 3rd vote results for the Community Stuff Pack are ready! 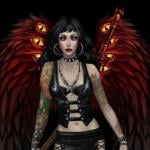 Anmirla Posts: 3,441 Member
March 2019 in The Sims 2
Okay, even after all these years, this is a first for me. I was wondering if anyone has been in this situation:

I had to completely start my game over again, so I am playing the Ottomas' household from the beginning. I want to get Tommy into private school before he had to spend another stressful day in public school, but I believe Dora is gonna die sometime this weekend.
Does a death in the family affect the Headmaster?