White
Sign In · Register
Home › Feedback › The Sims 4 Ideas Corner
May 22 - Let's walk around the forums together, this week's Friday Highlight is here!
May 21, 11AM PT - Save the time for Eco Lifestyle livestream! Details here.
May 21 - Take a look at SimGuruConor's latest deep dive into Nifty Knitting: learn more about Plopsy!

What Active Careers would you like to see in TS4? 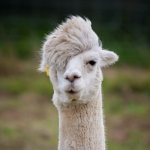 Wallsisms4ever Posts: 575 Member
January 2019 in The Sims 4 Ideas Corner
I really enjoy the active careers added with GTW and GF, and was wondering if they might add more of them in future packs. I would really enjoy if we got the Architectural Designer career back. I loved decoring other Sims houses. I also miss the Day Care profession from Generations. I think both careers could be easily included in the game, even through a free update, since they don't require much.

What other active careers would you like to see in Sims 4? I guess they wont release another pack based on that, like Get to Work part 2, but they might add some in updates, like the Style Influencer, or in other themed packs, like the acting career in GF, so it's possible we get new ones.