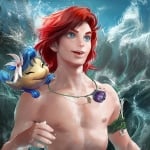 sunblond Posts: 866 Member
January 2019 in The Sims 4 Challenges, Stories and Legacies
I love playing the Sims, but I don't like building, and all my attempts at create-a-sim turn out kind of bland and similar. I tend to see myself as a benevolent god when I play, which requires me to edit the badly dressed and named townies the game generates as I rotate from one household to another. Also, I tend to download households from the gallery to add to the game as townies, it's especially good if they have a bit of a backstory, something to inspire gameplay.

So, here's my idea for a CAS challenge. I've created 3 weeks worth of backstories in an arbitrary daily order, for those creative simmers out there to use as a basis for households to upload to the gallery. The rules are simple, use the backstories below to create sim households, copy and paste the backstory to the description section, fill in the correct name, animal, pronoun, etc. and use #backstoryCASchallenge as a tag. If you want to use alpha and/or MM CC you are free to do so, or you can make them no CC. Also, feel free to upload photos to this thread, so everyone can see your creations.

I tried to give enough of a backstory to sketch pout possible gameplay ootions while still leaving things open for interpetation and I left sex and age fluid as much as possible as well. Some of the stories assume you own specific packs or expansion, but it is not a requirement, you can certanly do all 3 weeks worth of households even if you just have the base game.


Day 1
RELUCTANT VAMPIRE - (First name) is a vampire. He/she doesn't know how it happened, his/her memory is a little fuzzy, but it all seems to have begun with a visit to Forgotten Hollow, so he/she has returned to find out.
Day 2
EX-BEAUTY QUEEN - (first name) spent her childhood and much of her teen years competing in and sometimes winning beauty pageants. But you can't make a living that way, she needs a man to take care of her or else she'll have to work for a living.
Day 3
TEEN ANGST - They were good parents, a loving home, PTA meetings, school recitals, etc. so why did they wake up one day to find their teenager had turned all Gothic?
Day 4
MISGUIDED MEDDLER - (first name) is a young widow, having her aunt living with her to help raise her baby/toddler/child is a big help. If only her well meaning but meddlesome aunt would stop trying to fixing her up with every eligible man she runs into.
Day 5
ALIEN YEN - Being the top scientist in the field on Sixam, (first name) was selected to study sim culture first hand on this planet. But it is his/her secret desire to fall in love with one that's the real reason he/she is here.
Day 6
EX-JOCK - (first name) was the top athlete all through school and always planned to go pro. But an injury during his first season in the minor leagues has left him without a chance as a professional athlete. Now what should he do?
Day 7
THE IMMIGRANT - (first name) grew up in poverty with only his/her grandmother to raise him/her. When she passed away, there was nothing left for him/her in his/her native country. So, he/she immigrated here to make a better life.
Day 8
OPPOSITES ATTRACT - It was love at first site, never mind being exact opposites who tend to argue from time to time. Will their love be enough once children come along?
Day 9
PREFERS ANIMALS - A bit of a loaner, (first name) prefers the company of his/her cat/dog over other people. Although he/she wants to marry and start a family, it doesn't seem likely.
Day 10
EXTENDED FAMILY - When they got married they thought they would just be the two of them for awhile. Then (husband)'s recently widowed mother moved in and (wife)'s teenage brother became their ward soon after. Will it be too much for these newlyweds to handle?
Day 11
GHOSTLY AFFECTION - When (first name) went on a weekend camping trip, he/she met a ghost, a ghost who followed him/her home because he/she had developed a crush. Will love bloom for this unlikely pair?
Day 12
JUVENILE DELINQUENT - All alone in the world, (first name) was homeless teen who lived in the park. Eventually, he/she began to steal to survive and ended up on the wrong side of the law. Will some kind family agree to foster this wayward teen and give him/her a home?
Day 13
ROMEO GEEK - (first name) loves games and anything to do with computers, he also loves sci-fi. Although he's a classic geek, he is also like catnip to the ladies.
Day 14
BBW - (first name) loves everything about food and eating, and it shows; she wants to be a famous chef and someday meet Mr. Right.
Day 15
RETIREE PARENTS - They wanted children, but it never happened for them, so they traveled and enjoyed life then took early retirement. Then a relative passed away unexpectedly and left them a child to raise. Is it too late?
Day 16
GRANOLA GUY - (first name) wants to live off the grid and be one with Mother Nature. But he likes nice things too like designer clothes, gourmet food and expensive hobbies like skiing.
Day 17
TOP OF THE CLASS - All through school (first name) was at the top of her class, always with her nose in a book. Never time for much of a social life, not to mention dating. Will she continue with the same single-minded focus in her career, or will she finally make time for love.
Day 18
THE SIBLINGS - (first name) left home as soon as he was old enough and never looked back. Although he made some mistakes and bad choices along the way, he makes a decent living now. That's why he took in his genius younger sister, to give her a better home than he had.
Day 19
MR. WINTER - Skiing is his favorite sport and you'd never find him on a tropical beach, (first name) has always been drawn to snow and ice, even his home tends to feel chilly to visitors. Can someone warm him up enough to melt his heart?
Day 20
ADVENTURE CALLS - Even though her dad disappeared on a dig in the jungle when she was a baby, (first name) idolizes him and wants to explore ancient ruins when she grows up, much to her mother's dismay.
Day 21
CONVENTIONAL FAMILY - Dad works too much and worries about money, mom struggles to maintain a picture perfect home. Twins, (first name) and (first name) just became teenagers and feel the need to rebel in different ways to assert separate identities. So, a typical family.

Have fun and happy simming!