Do you have habits from previous games that carry over? 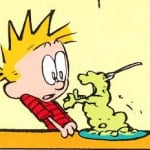 Smellincoffee Posts: 486 Member
October 2018 in The Sims 4 General Discussion
I've been playing The Sims since the original game was released, literally growing up with the series. Although the four different games force different playstyles, I still tend to carry mental baggage from game to game. For instance, there was a super-efficient kitchen layout that worked in Sims 1 which I have used in every iteration of the game since, despite it no longer being as good as it was. Another Sims 1 habit I got into was to make Sims pee, THEN shower, because peeing always reduced their hygiene. One of my favorite starter home designs was stumbled upon in Sims 1, and then reused perpetually to this day. If there's ever a Sims 5, I will build the same exact house. I also refer to ANY Maxis-made sim I don't play as a "townie", a Sims 1 reference, even if in the case of Sims 3 and 4, they're playable. From game to game I find myself checking on motives that no longer exist ("Comfort! Comfort! Where's the comfort ba- oh, yeah.") and thinking about my Sim's personality as expressed in other games.

(The trick in Sims 1 was put the fridge, food processor, and stove in an L shape configuration, the stove being on the short end; Sims could simply turn within the same tile to move from processing the food to cooking it. )


Do you have quirks, habits, practices that pass from one game to the next? Do they work just as good, or do some of them lose something in translation?
7