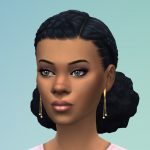 fullspiral Posts: 14,628 Member
July 2018 in The Sims 4 Game Feedback
While I LOVE the aesthetics of the game and how it looks, actually PLAYING it is tedious and repetitive and boring.

I don't know what it is. Is it the lot types and how the game codes them to play out? Is it that there is no new lot types? No new traits? No difference in how you set a sim up? They ALL play the same.

I initially loved how it was looking....but this is the first one of the entire 4 series that I cannot play in live mode for very long. And TBH, the only reason I played live mode in S3 was for the tomb exploration.

I think Sims lost it's Live Mode charm with Sims 2.

I can spend hours upon hours in build mode and create-a-sim in 4 because my imagination wants something, but as soon as I enter live mode, the excitement dies and it feels so tedious.

Such a shame for such a pretty ( looking) game.
32