White
Sign In · Register
Home› Feedback› The Sims 4 Game Feedback
January 21: Today is patch day! 😃 To read the patch notes, click here!
January 22 - Is everyone ready for the Friday Highlights? Check them out here.
Welcome to all NEW SIMMERS joining us on the Sims forum! 🎉 Have fun on the forum and please make sure you check out the forum rules and
the rules about necroposting. 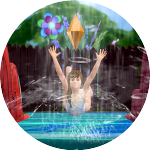 celipoesias Posts: 396 Member
June 2018 edited June 2018 in The Sims 4 Game Feedback
I would really like to understand what was the criterion used by Maxis to define which objects would or would not be covered by the snow if they were exposed to the open air.

That's because I've come to the conclusion that many objects in the game are simply not covered by snow, and I'm mainly talking about large objects.vv

There are objects that are part of the same set, and are not covered by snow. It's weird.

1. With Cats and Dogs Expansion Pack, was added by the worlds small portions of land where the dogs can dig holes. The point is that these portions of land are not covered by snow on a snowy day, making the scenery inconsistent. 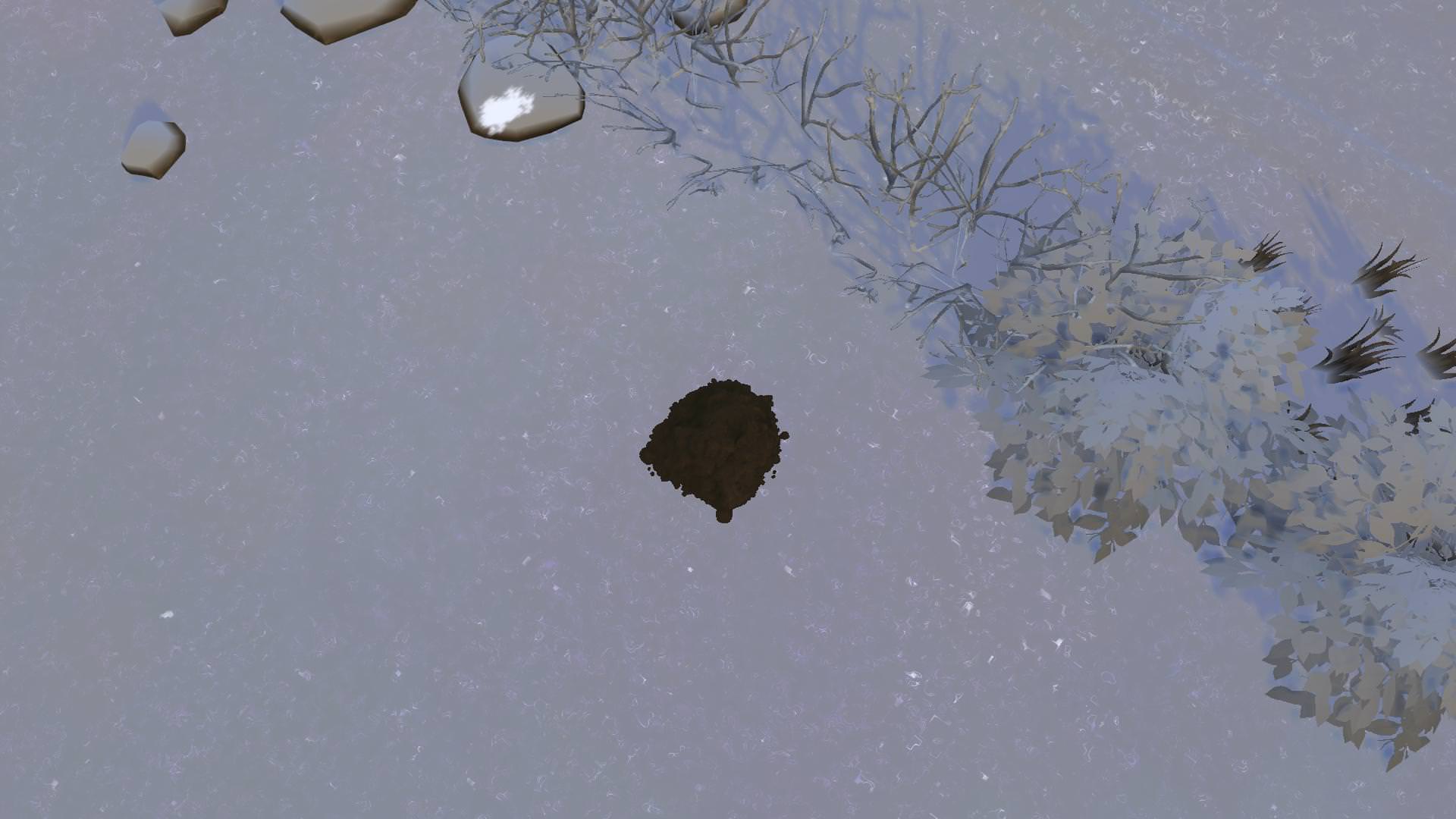 But the interesting thing is that the new portions of land that grow flowers, and which were added by The Sims 4 Seasons, are usually covered by snow. Why is there a portion of land that is covered by snow, while the other, which is even bigger, not? 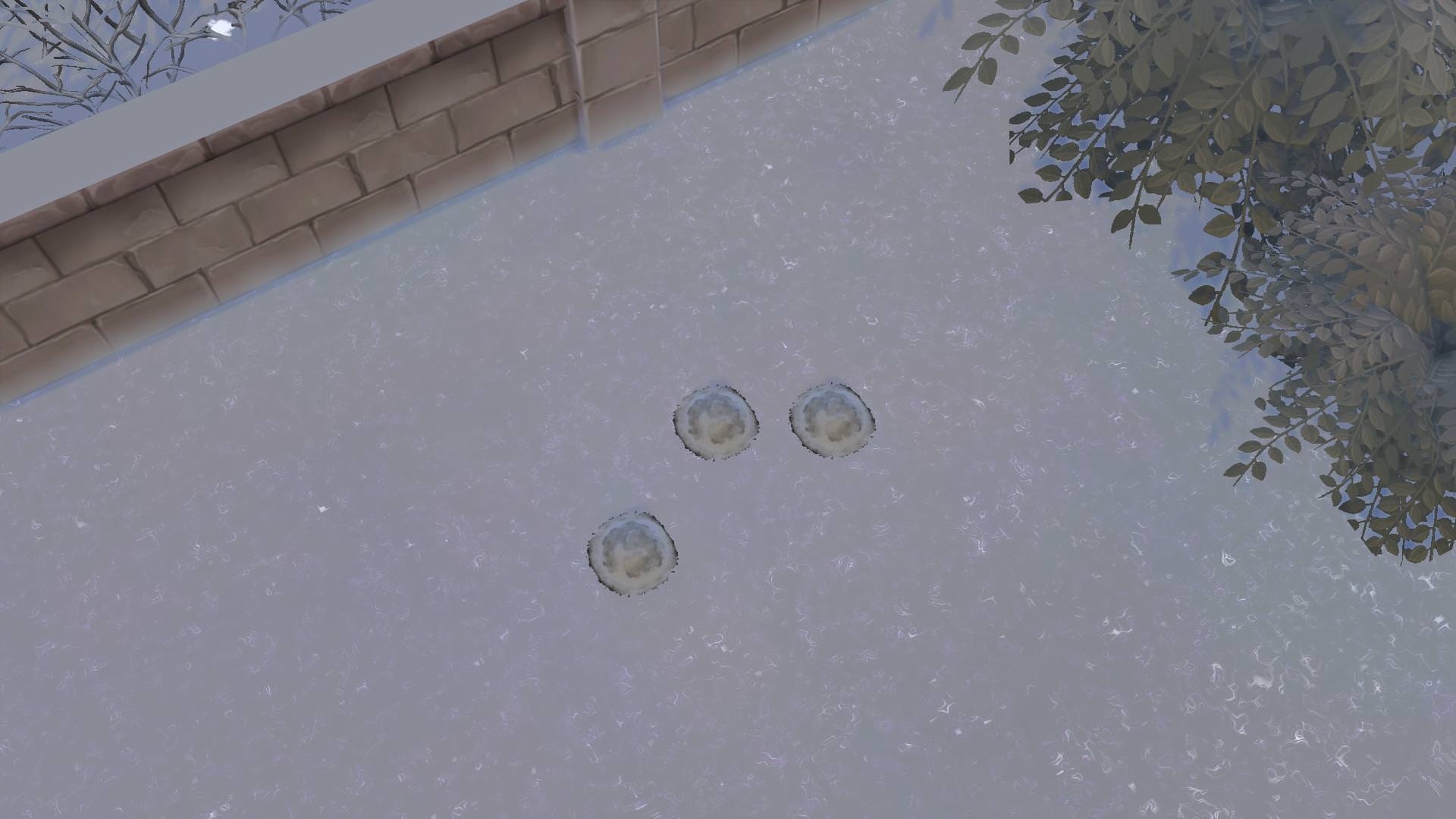 There is also an object that when I get it from the build mode, it appears covered by snow, but as soon as I put it in the world, the snow automatically disappears from the top of the table as you can see through the gif.

All these toys and items for children are covered with snow or there is snow at least on the bottom of each of them. 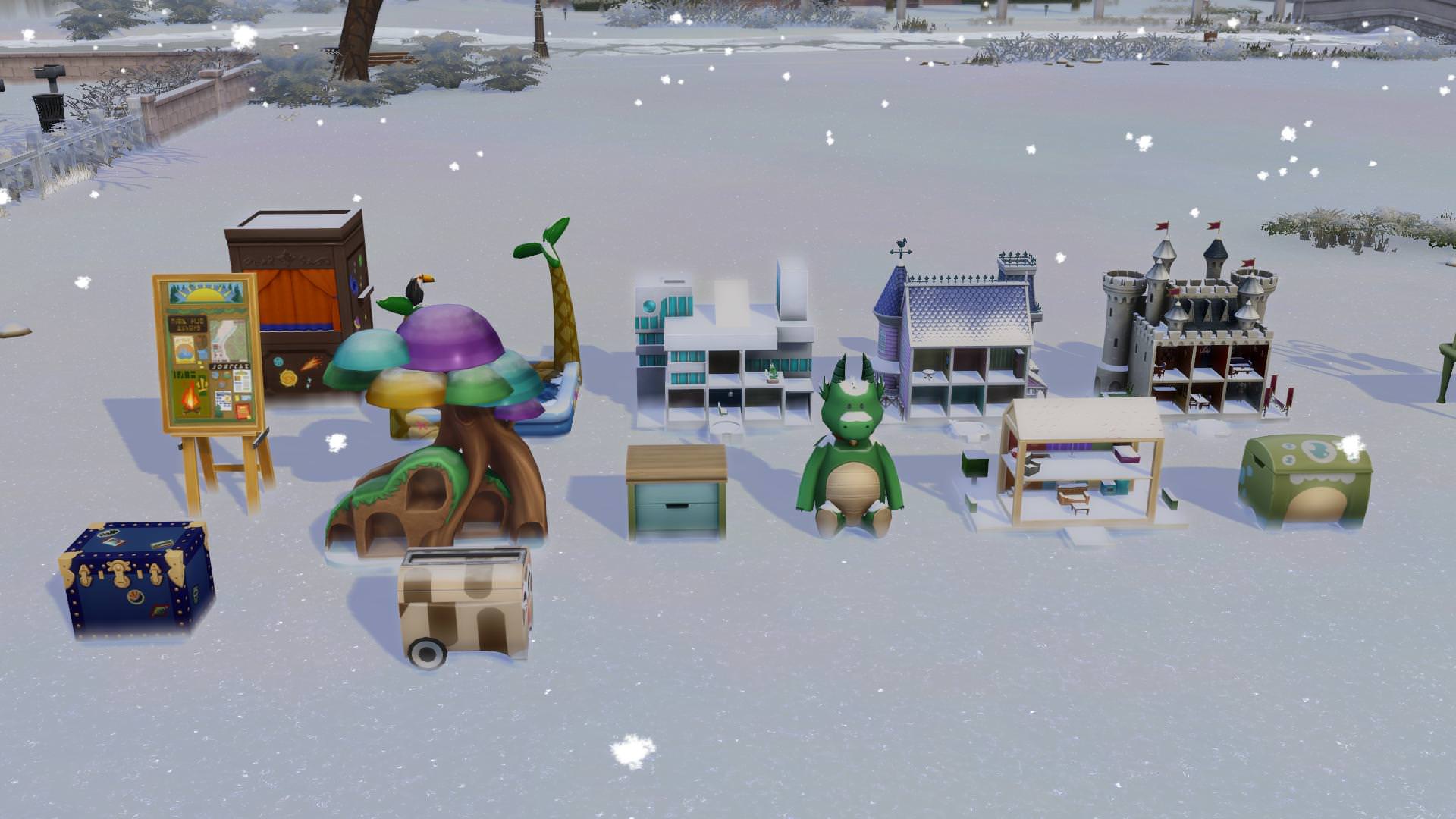 But there are other objects for children that simply are not covered by snow. Why? What is the criterion of this? Was not it right for anything to be put under the snow, to be covered by the snow? (Including void critter object that is not covered by snow, but is not in the image) 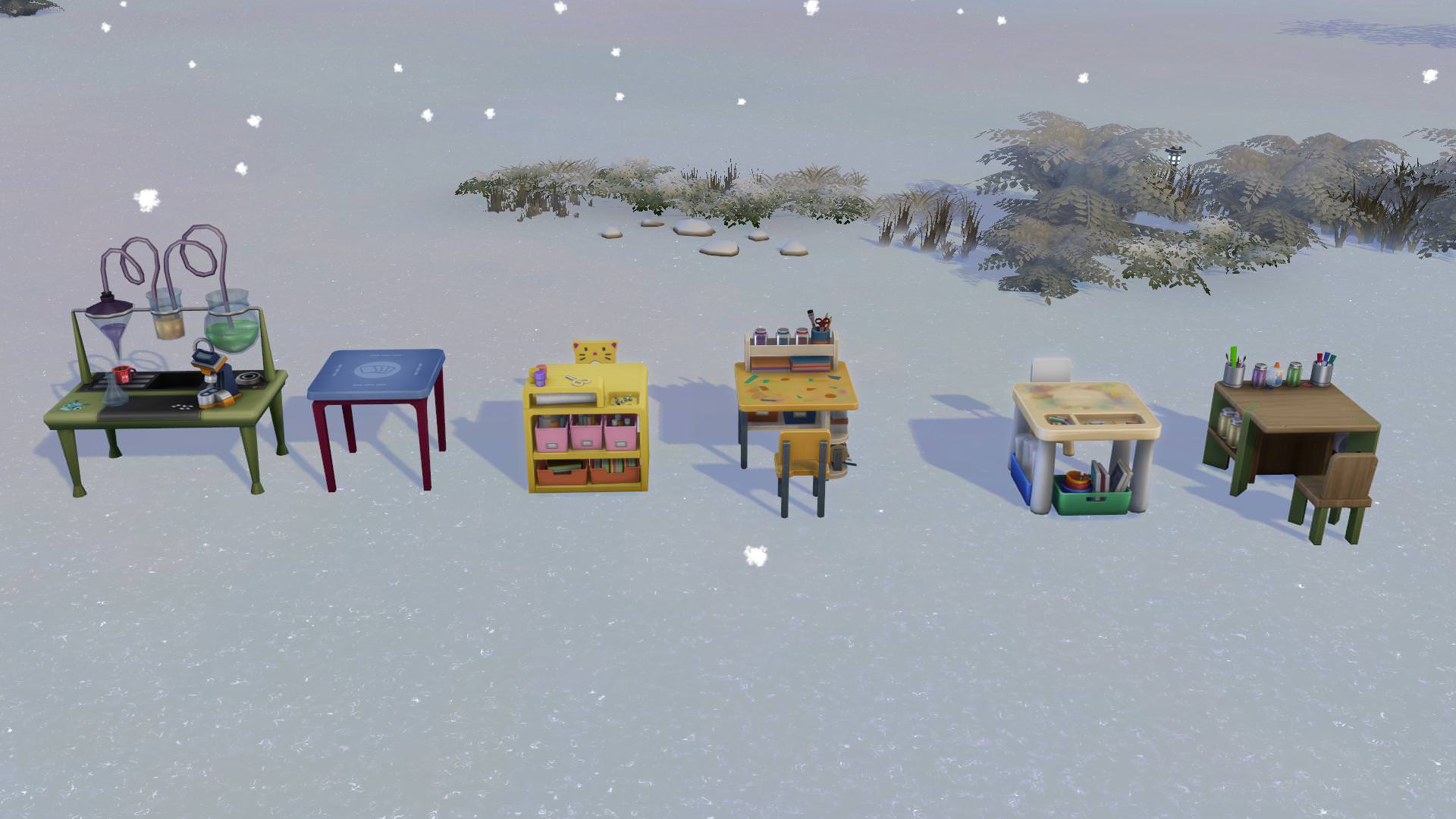 As you can see, all the items in this picture, like litter box, cookie jars, and even the surgical object of the veterinary clinic, are totally covered up by the snow. Some at least have snow on the bottom. 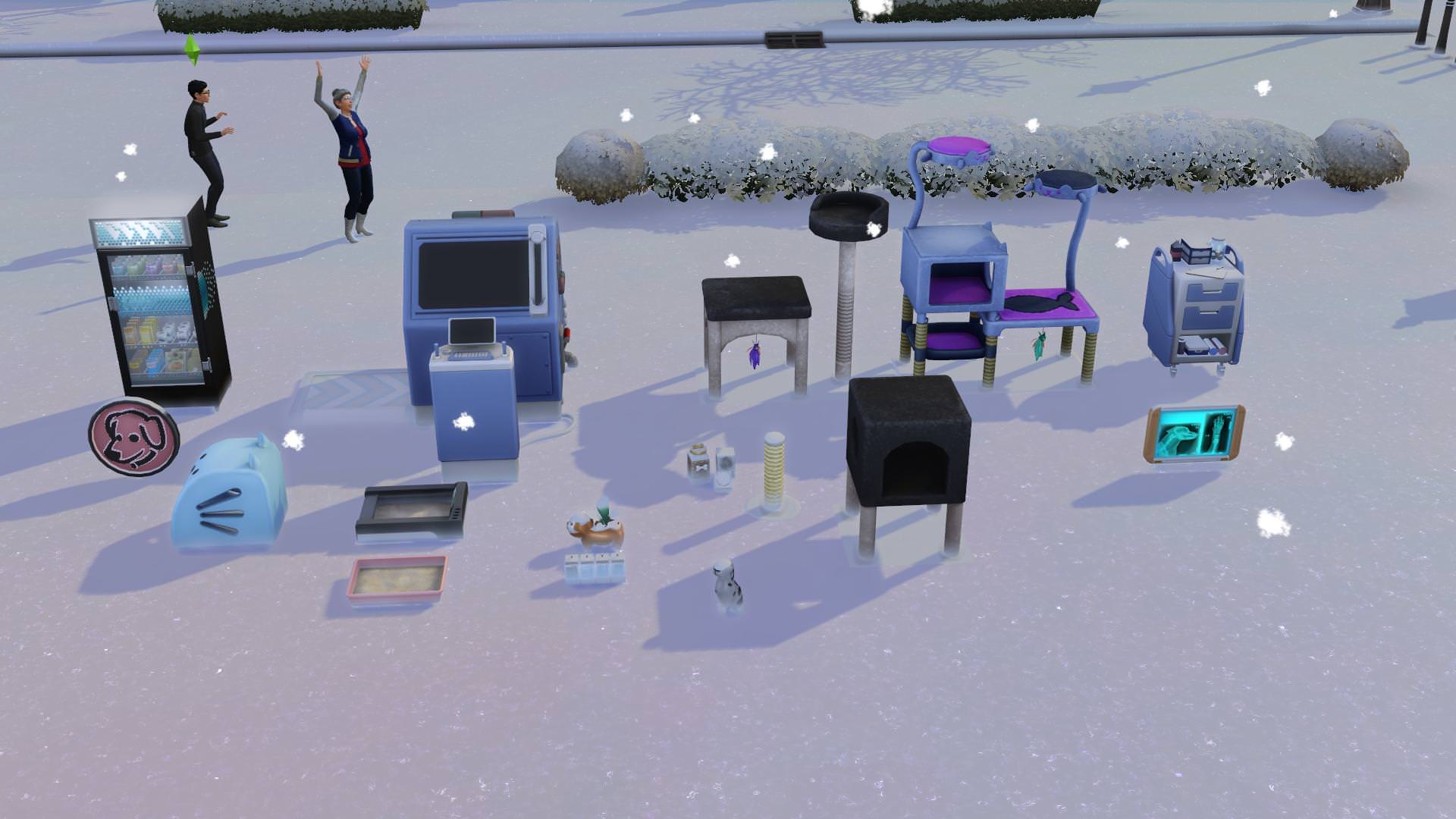 But other objects, some that share the same function, such as a litter box, and even special objects of the veterinary clinic, are simply not covered by snow. 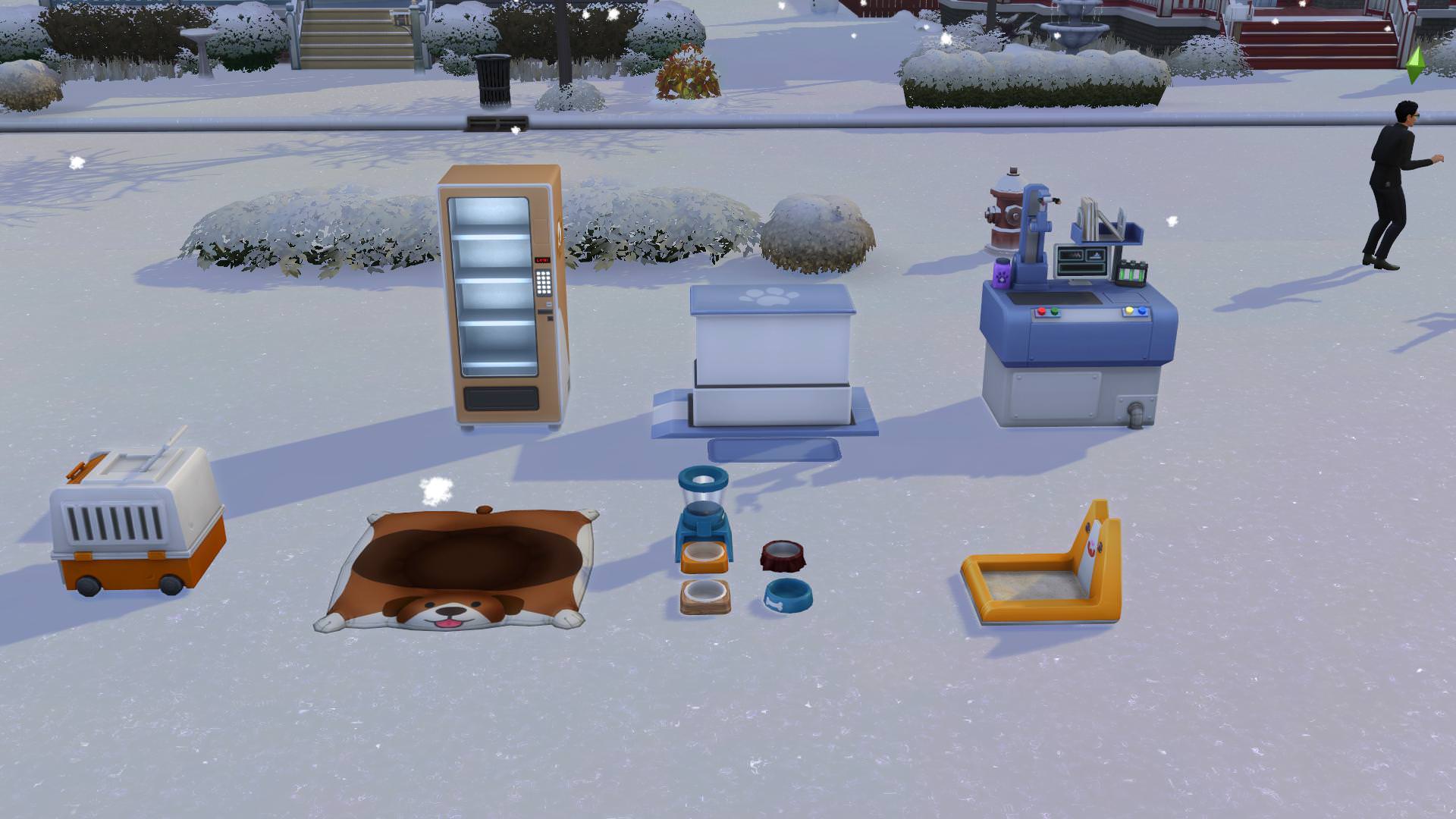 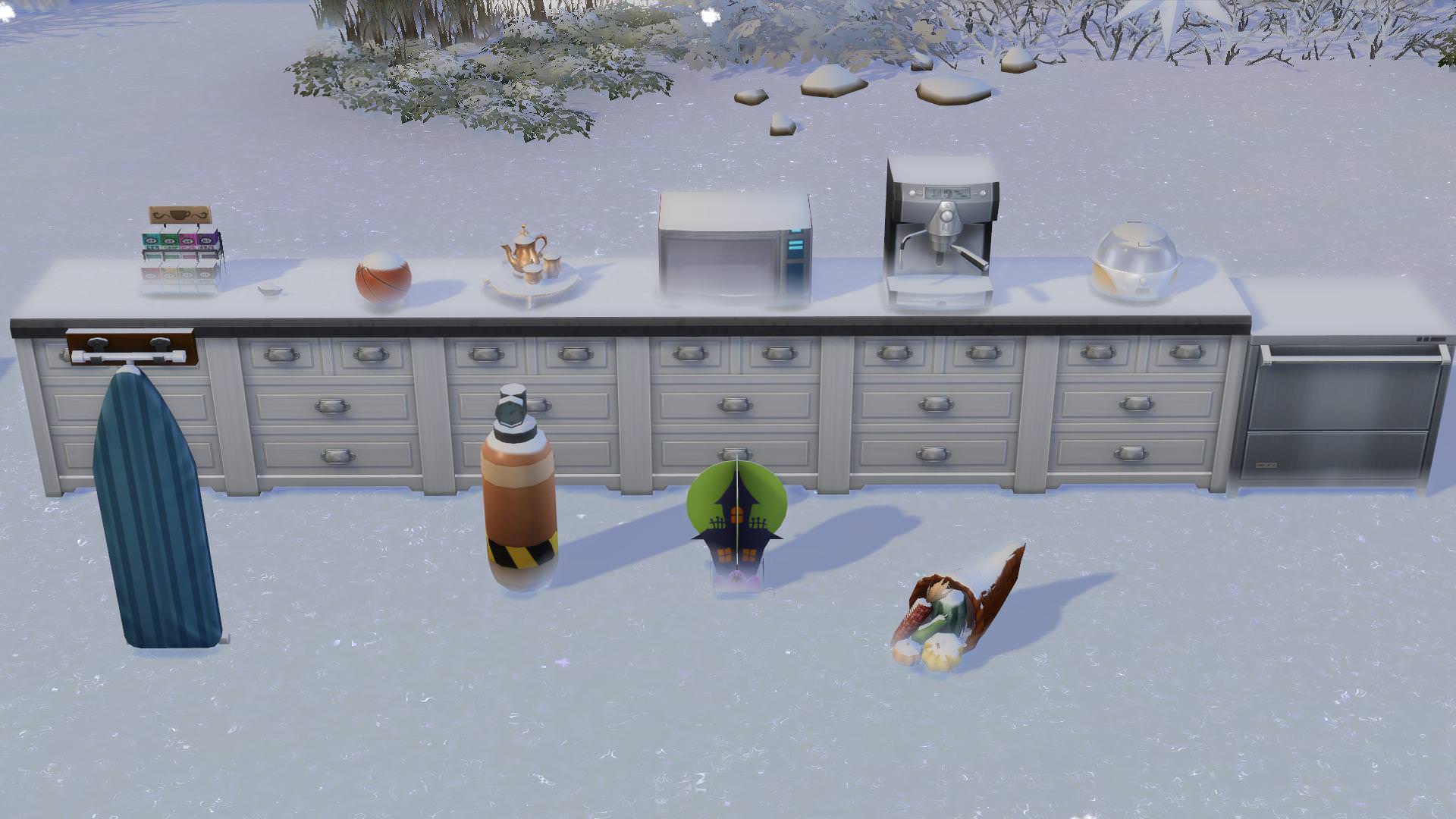 But other things like that in the picture below are not covered by snow. And they are giant objects. 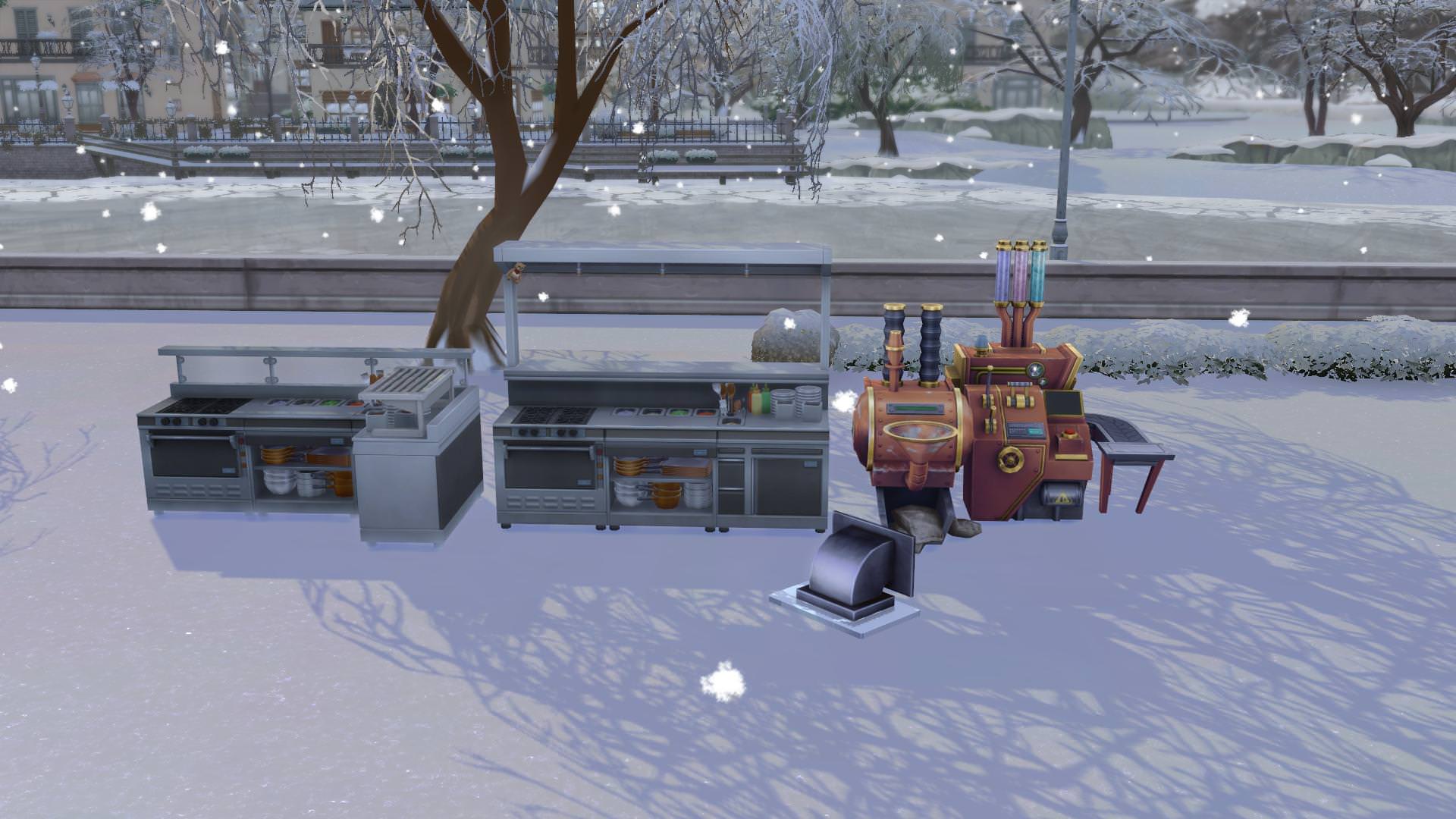 These two objects on the bench are also not covered by snow. 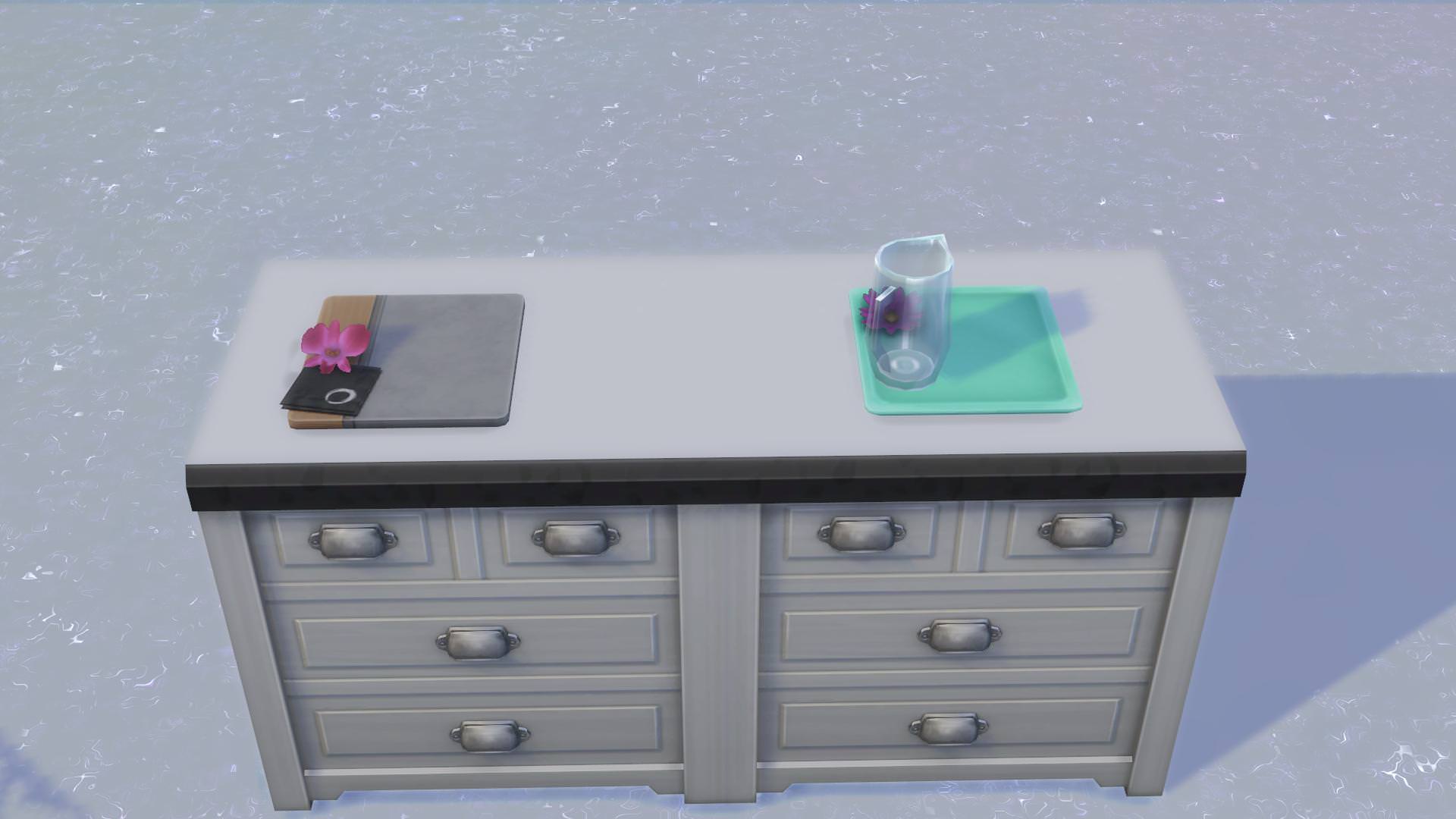 There are objects that are usually indoors, and may be covered with snow. But there are other things that could stay out of the house, and are not covered by snow. 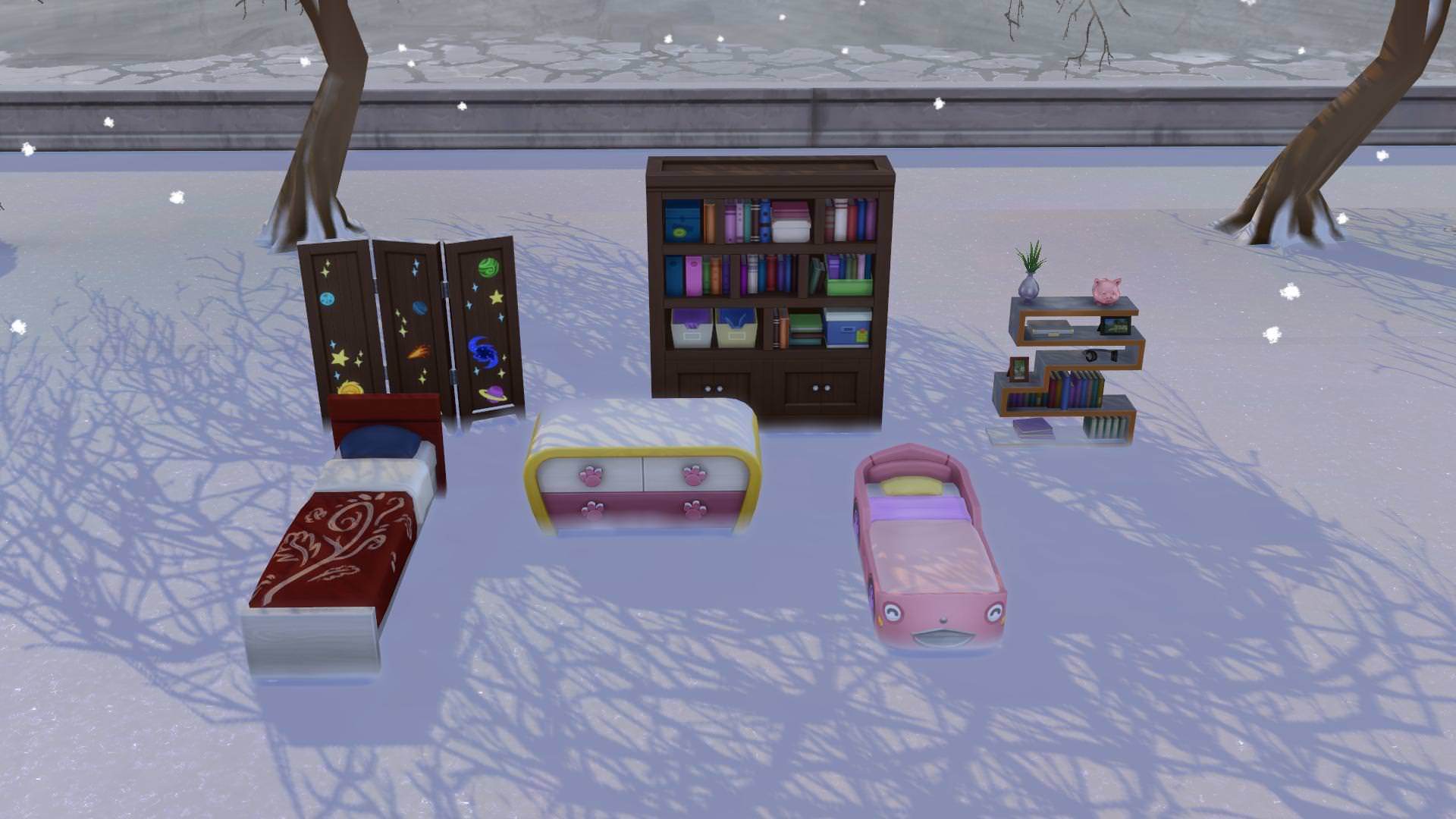 It may seem like a small thing, but I was very unsatisfied with it. In The Sims 2 or The Sims 3, absolutely anything we put outside the house was completely covered by snow, now in The Sims 4 there are things that do not get snowy and there is no plausible explanation for that.

There is even an object with a bug, which when we put it in the world, loses snow.

Please, do something.
Post edited by celipoesias on June 2018