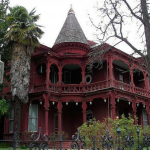 Drearydeary Posts: 85 Member
June 2018 in The Sims 4 General Discussion
In the past I had an idea to have a vampire couple who would keep a human sim in the get to work prison bars in their home so they could feed from them whenever they were thirsty but any sim I would trap would end up saying thanks for hanging out but I gotta get going or something like that and then they would disappear. Anyone know of any mods or maybe a change in settings to keep this from happening?
0