White
Sign In · Register
Home › The Sims: Legacy Titles › The Sims General Discussion
January 27 - Time to vote for the CAS items you want to see as part of our Community Voted Stuff Pack!
January 24 - New Friday, new Friday Highlight! Check it out here!
January 16 - Patch day for The Sims 4! Find the patch notes for PC/Mac here, and here for console (someone said Gallery?) 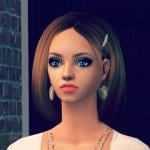 jaxie086 Posts: 1,919 Member
June 2015 in The Sims General Discussion
I haven't played sims 2 in quite a long time, so there are things I have forgotten about the game; including whether or not there is a cheat or a way to make sure the sim has a baby girl/boy. Is there a cheat or some other way?
0