White
Sign In · Register
Home› Feedback› The Sims 4 Game Feedback
January 27th- It's time for our Friday Highlights! You can check them out here! 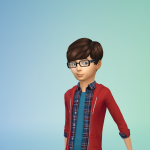 TS1299 Posts: 1,597 Member
September 2017 edited September 2017 in The Sims 4 Game Feedback
As much I like this game, there are still rooms for improvement, especially with the features that they had in the base game. If the features in the base game doesn't have depth, it will be ignored or even turn into a good feature no matter how pack they add. This list will consist of in what part of the game lack depth, and ways for the developers to improve it. It will include from Base Game to all Packs, but what I put down now is just what I remember. If you have an idea/thoughts don't hesitate to post.