White
Sign In · Register
Home› Off Topic Chat
January 21: Today is patch day! 😃 To read the patch notes, click here!
January 22 - Is everyone ready for the Friday Highlights? Check them out here.
Welcome to all NEW SIMMERS joining us on the Sims forum! 🎉 Have fun on the forum and please make sure you check out the forum rules and
the rules about necroposting. 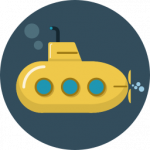 Submarine Posts: 3,424 Member
December 2017 edited January 2018 in Off Topic Chat
Please don't post until I say so.
Welcome to the Vote for Town mafia.

Main Rules:
1. I will post all my game posts in dark turquoise. Please don't post in this colour.
2. This is a mafia game. You shouldn't take it personally.
3. I use a randomiser when selecting your roles. It's not my fault if you don't get the role you want.
4. All times posted will be in GMT (Greenwich Mean Time).
5. I will be using the hammer mechanic. I don't usually because I'd have school, but I'm on Christmas break, so I will be using it. If a hammer does happen, the amount of time left in the current day will be added to the next night.
6. Whoever has the most votes at the end of the day will be lynched. In the case of a tie, whoever held the most votes longest will be lynched. If someone unvotes to cause the tie, the person who had more votes before the unvote will be lynched.
7. No vote and Unvotes are allowed, though I don't recommend them.
8. Bold your vote or it doesn't count. Please format like this: Vote: Rose (New Members can't bold, so make it noticeable by capitalizing. Example: VOTE: SUB. That is the only exception.)
9. Avoid talking on topic during night. You're all supposed to be asleep, after all. Talking off-topic is fine.
10. Those who have the ability to use a night action, Please PM me when it's night time.
11. Day and Night lasts 24 hours. If someone is inactive for a full Day and Night, the player will automatically be modkilled or replaced without further notification. So if you'll be away for 2+ days then PM me.
12. You must not post PM's from the host in the game thread, but you may say a brief re-wording.
13. You cannot edit your posts. Even if it's an irritating thing, you shouldn't. If you need to edit a post, quote the post and edit the quote.
14. You cannot have PMs unless I have made them.
15. Role Claiming is allowed.
16. Please try and be as active as possible. Inactivity makes the game boring.
17. Any Newbie Players must be respected. You should be the guide for him/her.
18. If you're not in the game, whether your dead or not in the game at all, try not to talk on-topic.
19. This is still The Sims Forums for us Sims Players and not a Mafia Site. You should be familiar with the forum rules.
20. By signing up, you are agreeing to these rules. If you have any questions, feel free to PM me or post on the thread.

Mechanics:
1. Nightless.
2. Players can't self-vote unless they are causing hammer. i.e. DAY 1, you need 5 votes to lynch. BOB has 4 votes, and BOB votes for themself to cause hammer- that is allowed.
3. Every day, the player with most votes leaves the game, whether hammered or not.
4. If enough townies have been lynched to make mafia be half of the remaining player list (i.e. 2 mafia, 2 town, or 1 mafia, 1 town.) then town wins.
5. If all of the mafia are lynched, then scum wins.

Roles:
Mafia Goons and Vanilla Townies.
We need at least 8 to play, but 12 is the maximum.
Post edited by Submarine on January 2018
I won Game of the Year in the 2nd annual Scummies Awards!