White
Sign In · Register
Home› The Sims (2000)
September 24 - Everyone ready for the Friday Highlight? It's ready for you here!

Lore from the original Sims 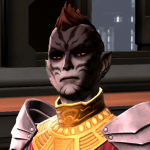 jlapao Posts: 64 Member
November 2017 edited December 2017 in The Sims (2000)
Apparently, the original Sims has quite a few pieces of lore that the new games have completely disregarded, or forgotten. Most of these come from the decoration category. Here's a few examples:

EDIT: Apparently, you can't say the word whose meaning refers to several people having WooHoo at the same time, despite it being part of the actual description of the item.
Post edited by jlapao on December 2017
2