What’s your favorite legacy challenge and why? 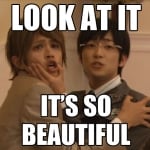 ThePinkBookGirl Posts: 437 Member
October 2017 in The Sims 4 General Discussion
I’m interested in trying a new legacy challenge (besides the original basic format). So what is your favorite version of the legacy challenge and why?
0